The Selenkay Conservancy is located within the community-owned Eselenkei Group Ranch which is 10 miles north of the boundary of Amboseli National Park.  The Selenkay Conservancy  was  first established nearly 20 years ago by Gamewatchers Safaris on 15,000 acres of land leased from the local Maasai community with the aim of protecting the wildlife habitat and encouraging wildlife conservation as an alternative means for the local population to earn livelihoods. Migrating species from Amboseli previously had been killed or driven away  but are now encouraged to make the conservancy their home. Recent years have witnessed a significant increase in wildlife numbers with elephants returning to make the land their own after an absence of two decades and big cats including lions, leopards, cheetahs being sighted frequently. Other species seen in the Selenkay Conservancy include Maasai giraffe, eland, zebra, wildebeest, gerenuk, orxy, impala, grey bush duiker, warthog, aardvark, silver-backed jackal,  bat-eared fox, caracal, African wildcat, genet cat, African civet, striped hyena, olive baboon and vervet monkey.

The costs of the lease payments to the community and the running expenses of the Conservancy including maintenance of roads and waterholes, the employment of a warden and rangers, as well as outreach programmes for the community are paid for from the income generated by small-scale tourism with visitors staying at the Porini Amboseli Camp operated by Gamewatchers Safaris. Visitor numbers are kept to less than 40 a day within the entire Conservancy and guest feedback is excellent as can be seen from the latest reviews on TripAdvisor

Selenkay Conservancy has expanded the rangeland available today for the Amboseli elephants. The renowned elephant conservationist Cynthia Moss has described the Conservancy concept as the most important conservation initiative since the National Parks were set up in the 1940s.

These maps below have been produced by SFS in co-operation with IFAW and KWS . They follow the movements of 3 separate collared elephant bulls (known as ESM, MAM and OSM) and show how they have been using Selenkay Conservancy in the Eselenkei Group Ranch as part of their expanded rangeland beyond Amboseli National Park. This reflects how the elephants have expanded their range beyond the National Park into their former dispersal areas now that they feel safe there once again. 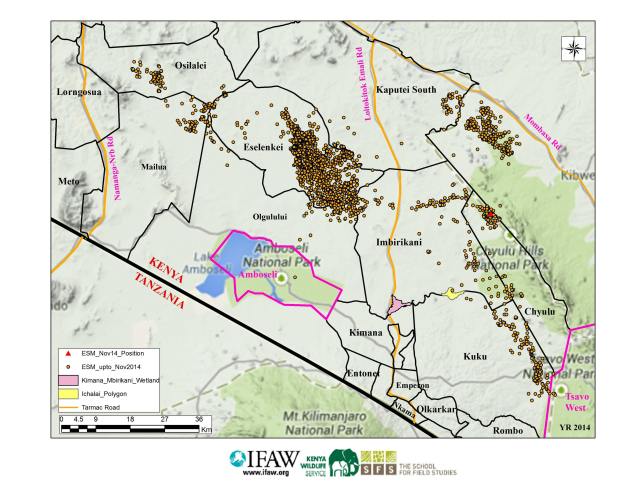 Elephant ESM, movements up to Nov 2014 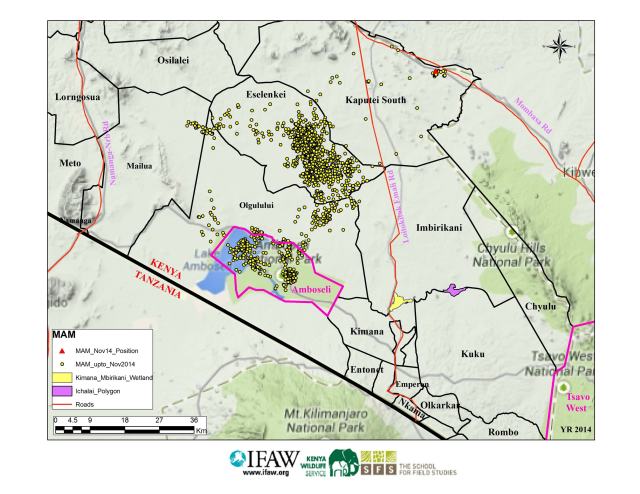 Elephant MAM, movements up to November 2014

Elephant OSM, movements up to November 2014

When we first set up the Selenkay Conservancy nearly 20 years ago on land leased from the Group Ranch, elephants had not been seen there in 2 decades and tended to be confined to the park. Once they realised it was a safe area they started coming in and now the rangeland for elephants extends far beyond the park boundaries.

For details of how to visit Selenkay Conservancy and to book a safari to Porini Amboseli Camp: click here 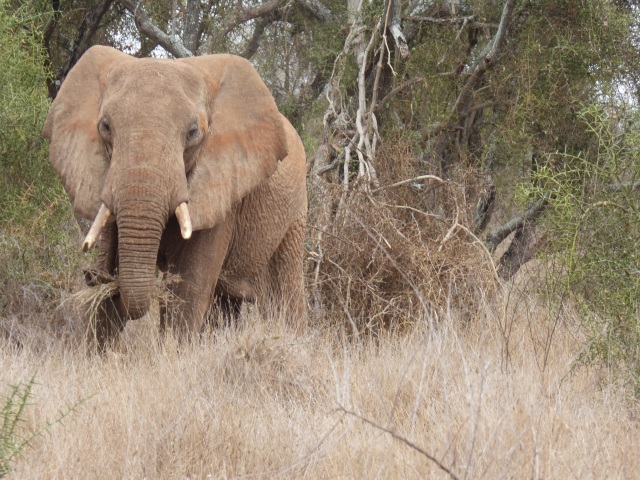 ← The development of Conservancies in the Mara Eco-system
Swara Magazine, Jan-Mar 2015. Interview. →